Last week I read an article called Unexpected Signs that You Might Be an Entrepreneur. That got me thinking, what are the unexpected attributes that differentiate someone with a thriving freelance practice from someone who struggles? There may be many, but for me personally, it has come down to three. In the interests of keeping these posts short, I’m going to write a separate blog post on each one (find parts two and three here), citing how it helped me get my practice to where it is today. If you agree that this trait is an integral part of freelancing/entrepreneurship, feel free to share how you’ve used it to grow your own practice in the comments area below. Trait Number One – The Ability to Play the Long Game For the first few years of my practice, almost all of my work was for the same company. The advantage of that was the predictable income, but it’s easy to see why it’s not a good long-term strategy. Any business that is overly reliant (or, in my case, entirely reliant) on a few key clients is vulnerable. If anything happens to your client or to the relationship, the gravy train makes an unexpectedly abrupt stop. Even though I knew it would mean hard times in the short-term, I decided a few years ago to cut back my work with this client in order to invest more time into prospecting, networking and creating a more solid foundation for myself in my industry. Many long, hard days and months of (metaphorical) unanswered door knocking followed. During that time, I frequently questioned my strategy and even thought longingly about returning to life as a full-time employee. Finally, my first new client came on-board. A short time after that, the next client followed, and things have snowballed from there. After I had amped up my client list, I decided it would be a good idea to increase my profile within my industry. I didn’t know much about how to do that, but decided to focus on storytelling since that’s what I’m passionate about. I spoke at a conference and at a lunch and learn, and eventually developed a course on the topic. It takes a lot of time to develop original content and learn how to deliver it smoothly, and I had no idea whether or not the effort would pay off in terms of increased profile or new clients. But if you take a moment to think about your own industry, who are the thought leaders, the people whose names you know even if you’ve never met them? You can bet those people have taken the time to develop their own content, whether it be presentations, courses, videos or blog posts. The Long Game is a psychological endurance test because you don’t know whether or not your hard work will pay off. You need to get up each morning and put forth the effort, never sure if it will pay dividends. In the beginning, there are days when it is truly a slog. Those are the days when mental fortitude (and a solid source of emotional support) are required. You can expect to have a few emotional breakdowns. But as the first dividends start to trickle in, it will breed the kind of satisfaction that only sweat equity can offer. You can’t beat the pride of creating something from scratch. Martin Luther King Jr. said ‘Faith is taking the first step even when you don’t see the whole staircase’. That’s pretty much the definition of playing the long game. You keep taking step after step, hoping it’s going to work out, placing that bet on yourself. It’s tough, that’s for sure, but up to this point, I’ve never invested my time and thought ‘wow, I regret that, what a waste’. I’m betting you won’t, either. This post was originally published on October 29, 2017 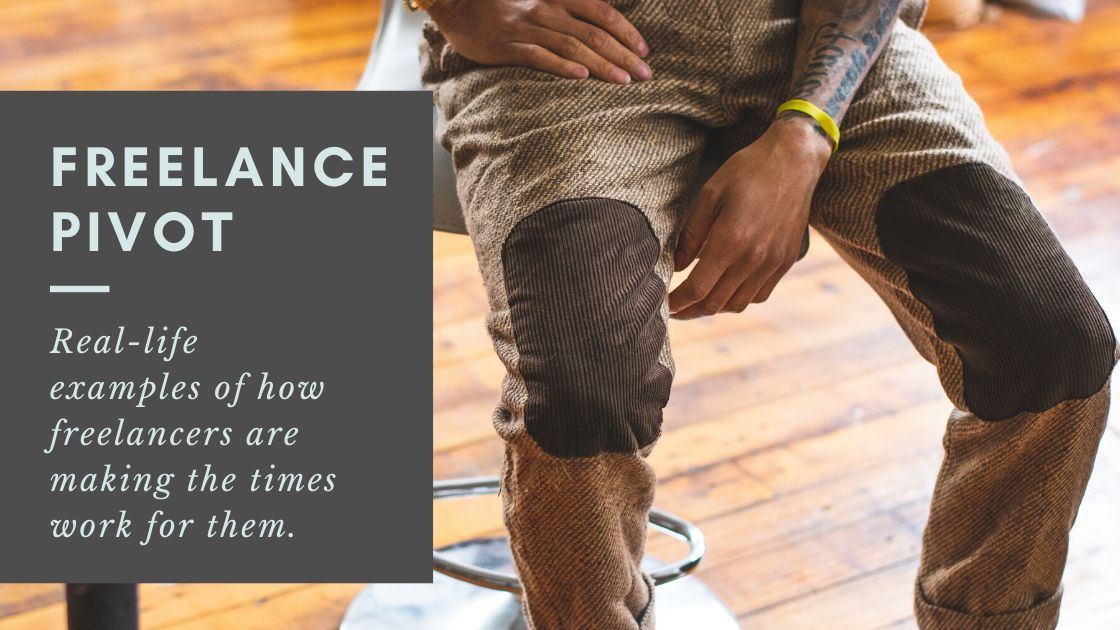 With the economy slowing down, a lot of freelancers are losing work. If this is the case for you, now is the perfect time to pivot your offer to something more conducive to the times. I know it can be difficult to get creative when you’re stressed, so I scoured the Internet to find examples… 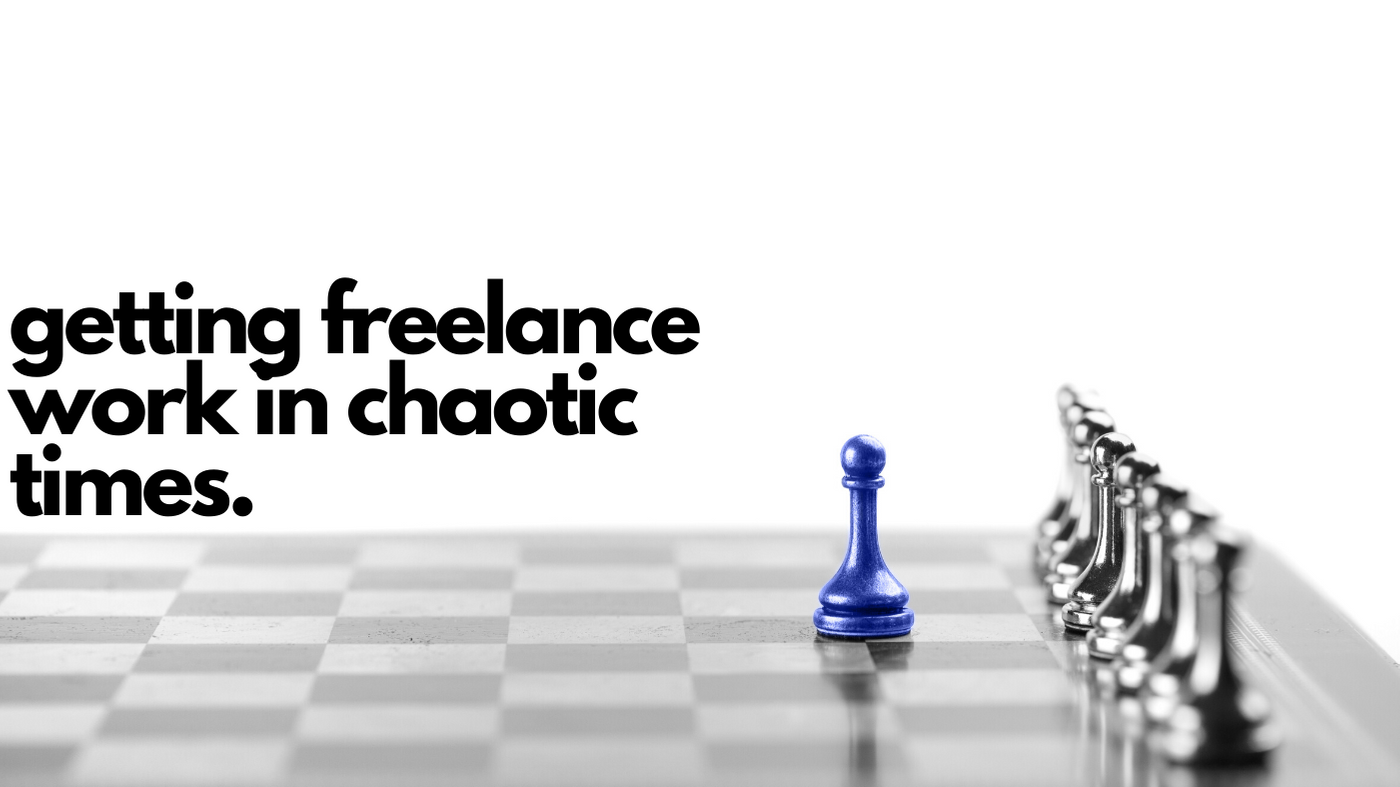 I know a lot of freelancers are losing work due to the pandemic and subsequent global upheaval. Getting freelance work in chaotic times isn’t easy. If you are in this situation, I’m thinking about you. This post is designed to help brainstorm solutions.